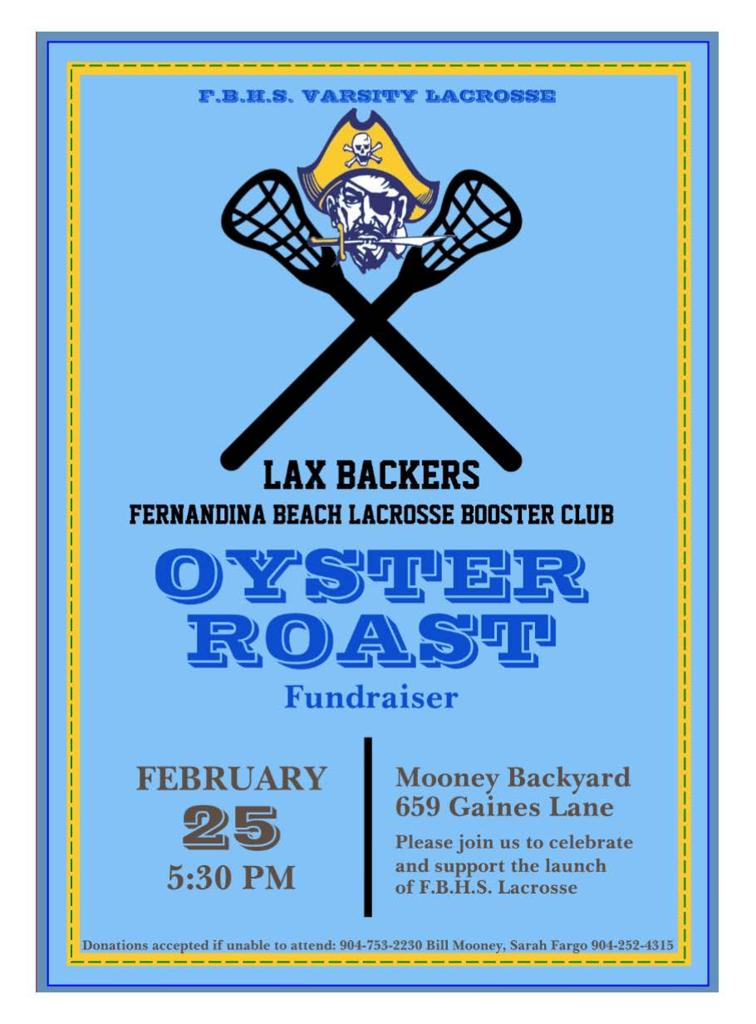 Parents of all middle school and high school students interested in playing lacrosse for the potential Fernandina Beach High School Lacrosse team should attend this meeting.

Principal Webber will be introducing the new program followed by more information and Q&A from the coaching staff and booster club.

Please help us get the word out and make it a priority to attend and show your support.

We are excited to start a new season of Lacrosse!

Uniforms: Please visit our Hammerhead Lacrosse Signature Uniform website to order your own Game Day Package for the season.  Note: Uniforms need to be ordered right away, as there is a 30 day turnaround time.

Signature Lacrosse does sell other Hammerhead Lacrosse merchandise for players, family, and friends.

USA Lacrosse: All North Florida league players are required to have a membership with USA Lacrosse. Click here to become a member.

We are aware that there are winter sports being played and will always encourage multi-sport athletes to join Lacrosse.

Lacrosse is a Spring sport, and the January 17th practices will be a soft start for the league, our game schedule starts March 4th so if you cannot make the practices due to other sport commitments, we would encourage you to still sign up and just discuss with the coaches. There will be plenty of lacrosse to play March through April.

The Registration "Home" is not currently available.

Kings and Queens in Jax Beach 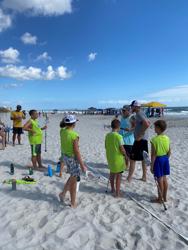 Some of our 12U players represented this past weekend at the Kings and Queens Beach Lacrosse event in Jax Beach. It was a full day of sand, sun and beach lacrosse!  We hope to host our own Beach Lacrosse day on Amelia Island this Fall for anyone interested in having some fun. STAY TUNED!!

Hammerhead Lacrosse is pleased to announce the 2022 to 2023 season.  We are committed to providing student athletes with top quality instruction in lacrosse skills, team culture, character development and leadership, all within an affirmative, fun and safe environment.  Each of our teams will be led by experienced coaches who have been certified by US Lacrosse.

Hammerhead Lacrosse is led by a board of directors with a new VP and Chief Operating Officer, Gregg Russell, who has significant experience running successful youth sports programs in lacrosse and golf.  Our U8 through U14 coaching staff is led by Keith McCoy who has coached at many levels from youth through high-school over a ten year period, and served as a director of Lacrosse for a major youth sports program in Long Island.  Our U19 team is led by Tom Fricano who has been coaching youth lacrosse for over 15 years and has been involved in many aspects and roles supporting and growing the game of lacrosse including youth rec league (U9-U19), HS feeder, and travel tournament teams. Tom served in several roles with the Longhorn Club Lacrosse, Longhorn Youth Lacrosse, North Georgia Lacrosse, Lambert Lacrosse Scholarship Foundation, and supported other club teams from start-up through launch.

When is the lacrosse season for U8 through U14 teams?
The official season is in the spring and teams play games from early March through April. Official practice begins in mid-January.

When and where do U8 through U14 teams play games?
The standard game day is Saturdays starting Feb 25th 2023 through April.  Games are usually in the late morning/early afternoon (9:30AM -12:30PM) Most of our games will be played at a designated lacrosse complex for all NFYLL league teams/clubs in Julington Creek in St. Johns, FL (about one hour away from Fernandina Beach) but we also have occasional home games and intend to host a jamboree at the end of the season.

Who can play?
All our teams are coed playing Boys’ Lacrosse rules with full gear. Our teams will compete in the following formats: U8, U10, U12, U14 and U19 age groups.

We’re excited to launch the new season and the future of Hammerhead Lacrosse!

Thank you to all our local sponsors.

Hammerhead Lacrosse Director of Coaching U8 - U14